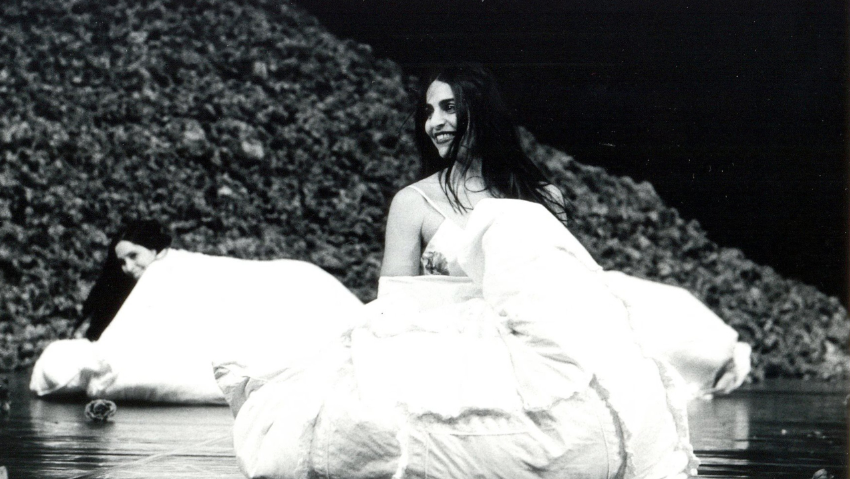 She began her professional career with the ballet company in the Foundation Niccolo’ Piccinni (J. De Min / Roberto Fascilla). In 1985 participated in the international tour with the dance company of “Danzatori Scalzi” of Rome, takes part in the movie ” Il Giovane Toscanini ” of F. Zeffirelli.

She danced with Pina Bausch in 14 different choreography and participated in the new creations of the German choreographer: Tanzabend II (’92), Schiff (’93), Trauerspiel(’94), Danzon(’95) and Fensterputzer(’97). Leaving the company in 1999 but later returned as a guest participating in the festival Tanzteather (2000, 2001, 2002).

In the United States participated in the creation of a theatral work with the company Mutation Theater Project, and teached in the faculty of “American Dance Festival” at Duke University (2003, 2004, 2005). She works with Emilia Romagna Teatro (ERT) in the performance directed by Pippo Delbono, “Dopo la Battaglia”, winner of the UBU Prize as the best 2011 Italian theater performance.

She works in collaboration with Pina Bausch Foundation giving workshops in occasion of two big expositions dedicated to Pina at the Bundeskunsthalle in Bonn and at the Gropius Bau in Berlin (2015-2016).

She create a solo in a project/ residence , sponsored by circo Vertigo in Turin by the title “ two but not two “ (2019)

She works as freelance giving workshops and master classes in Italy and Europe.