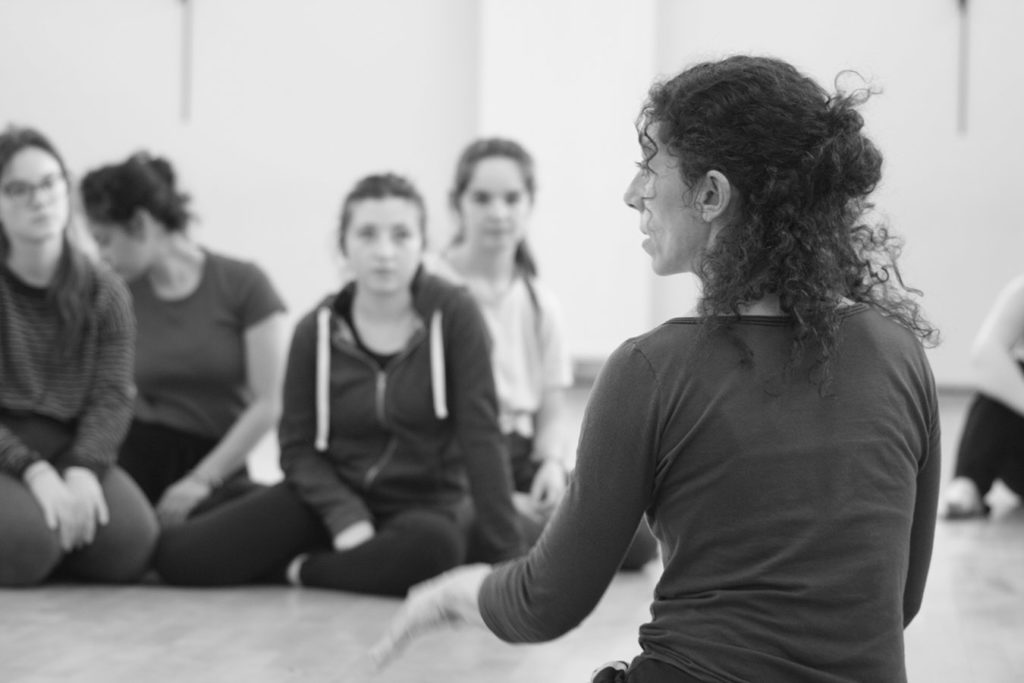 Rhythm and listening are fundamental notions of our work. As core elements of structure and relation, they will be excercised in order to ‘awaken’ a certain kind of quality, presence and perception. The session will deal with the comprehension on how these ingredients can define one’s own identity inside a group, and with ways to reassess the individual responsibility in relation to the collective.

Which means do we employ in order to create in common, knowing that each one of us holds the skills to reach the same objective?

How do we measure the value of an act and the repositioning in space, in their relation to the group?

Which part of us do we need to strenghten in order for the creative process to maintain the objective consideration of ‘working’ together, in common?

To delve into the specific traits of these issues we may need to take a closer look into one or more elements from performances such as MayB, Umwelt and Bit. 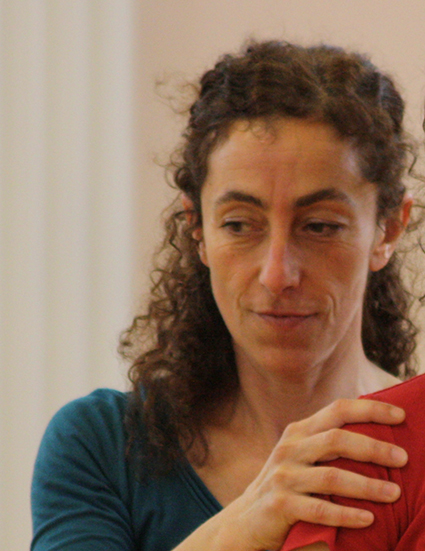 Between 1987 and 1990 Laura Frigato studies at Scuola Professionale Italiana Danza school in Milan. After graduating she collaborates with Susanna Beltrami and Enzo Procopio and leaves for Paris in 1991. Her professional career starts with her working between Paris and Berlin with artists such as Blanca Li’, Pierre Rubio, Haim Adri, Isabelle Shad, Luigia Riva, Felix Ruckert, the WOO association, Carlo Locatelli and Le Pôle collective.

From 1999 until 2001 she joins the National Choreographic Center De Rillieux-La-Pape under the direction of Maguy Marin and takes part in May B, Ram Dam, Waterzoii and Pour Ainsi Dire. Laura collaborates with the creation of Le Grosse Fugue quartet and presents her intensive pedagogical work in Lyon region.

Later on she assists Luigia Riva with the creation of Innocenti at Ballet de Lorraine e Indigo, a project set in Syria with local artists and dancers.

In 2008 Laura Frigato is a co-author of Projet 2L duo with Léonard Rainis, while in 2010 she creates a Tight duo with Catherine Jodoin in Berlin.

In 2012 in Tolouse she rejoins Maguy Marin company for the productions of May B, Salves and Umwelt, while collaborating on the creation of BiT and Deux Mille Dix Sept.

Recently Laura has collaborated with Parc by Pierre Pontvianne on Mass and Sextett, and she continues her collaboration with Maguy Marin on Ligne de Crête, as well as touring with May B.