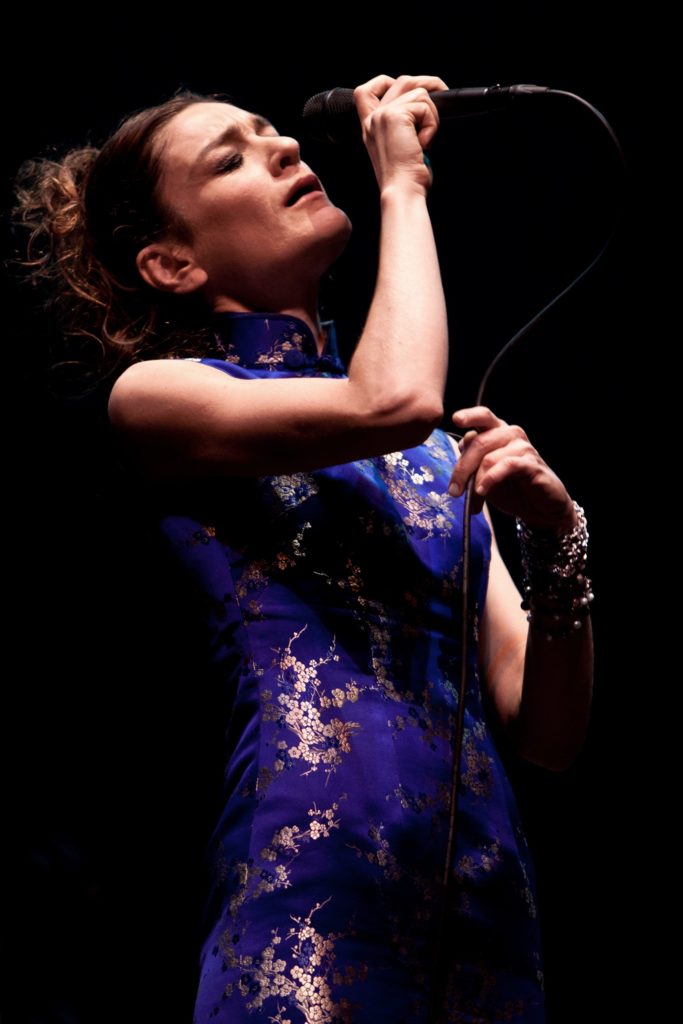 A singer, a composer, a performer, Cristina Zavalloni was born in Bologna. Trained in jazz, when she was 18 Zavalloni started her formation in musical composition and belcanto at the Conservatory in her hometown, Bologna.  She dedicated herself to classic and contemporary dance over many years of exercise.

Her exhibitions have been featured in some of the world’s most important theatres, as well as in concert seasons and jazz festivals. In the field of classic, she is particularly active in modern and contemporary repertory. This passion led her to meet a composer Louis Adriessen, with whom she established a long and close collaboration which yielded in 2016 with the creation of Sor Juana Ines de la Cruz role in the Theatre of the World opera. She sang Monteverdi and Bach through a collaboration with Alain Platel, a choreographer in their VSPRS (2006) and Pitié (2008) shows.  (2008).

As a band leader, Zavalloni gave life to various formations whom she sings, writes and arranges with.

In recent years she has been holding vocal workshops, and since 2017 she has been working as the improvisation and jazz song teacher at Saint Louis School of Music in Rome.

She currently boasts an extensive discography of her own works and collaborations.