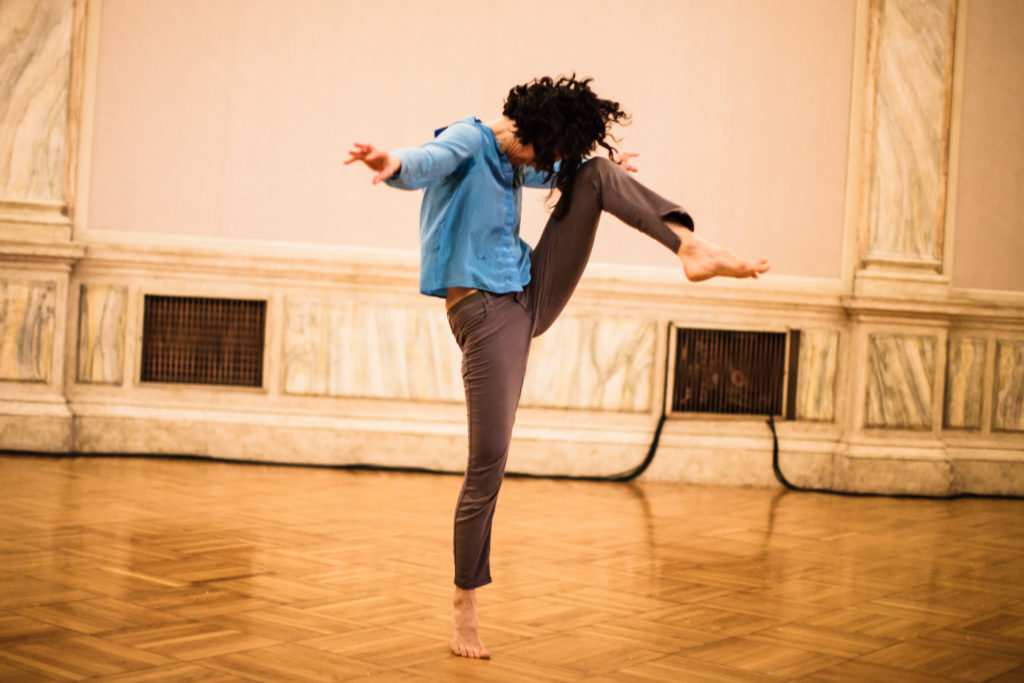 Caterina Basso is a dancer and choreographer. She trained as a dancer in Bologna where she graduated in Communication Studies with a thesis in Theatre Semiotics In 2006 she was selected for the Inteatro Festival Academy in Polverigi, at the end of which she presented her first choreographic work. In 2007 she has started her collaboration with ALDES and Roberto Castello, dancing in several productions. She has also collaborated with other companies and artistis, including Motus, Silvia Traversi, Ariella Vidach, Laura Moro. During the sameperiod  she spent intensive periods of study in New York, Tel Aviv (Batsheva Dance Company) and Berlin (Sasha Waltz). In 2009 she started her collaboration with Ambra Senatore for Passo, the winner of Premio Equilibrio Roma. She has been working with Senatore since then, now director at Centre Chorégraphique National de Nantes, as performer and collaborator. In 2013 she creates her first solo piece Il volume com’era for the Venice Biennale Prima Danza project. The solo has been selected by Anticorpi Network XL 2014 and has won the first prize at Masdanza festival 2015. In 2016 she created her second solo Un minimo distacco, after which she went presenting it through Italy and France and she is now working on a new duo project.